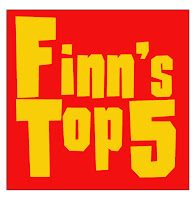 I don’t think it’s unfair to call zombies the new vampires. I mean, can you honestly fathom the cultural alchemy that would make a show like The Walking Dead one of the most popular, most watched shows in the history of television? I find the phenomenon around the “pop culturalization” of zombies more interesting than zombies themselves. Before George Romero got ahold of them in 1968, the zombie was a second stringer—a minion of the villainous zombie master or witch doctor or other magic-savvy boogem. They were little more than a plot device until Night of the Living Dead, but we’ll get to that in a second.

I like that the zombies are a cultural stand-in for us—the empty, rabid consumer, and this characterization can be shaded by religion or science, sped up or slowed down, to further delineate what the filmmaker is trying to comment on. Of course, some would argue that the zombie movie is more of a post-apocalyptic exploration of humanity, rather than a simple horror film. I say there’s room for both, and the best zombie movies split the difference handily.

Since this is a movie list, you won’t see The Walking Dead below. The show owes so much to the Romero zombie movies, and everyone knows it anyway, so I’ll just assume if you’re reading this list, you know it already, too. If you show these five zombie movies to a person who’s never seen a zombie movie before, these five movies would encompass the full range of all that is cool about the modern zombie movie.

All that aside, if you forced me to put The Walking Dead on this list, it would bump Dead Alive up to number 5 on the list. I think it’s the best one at exploring how man becomes monstrous in the absence of civilization, for no other reason than it has the ability to draw those gradual changes out over a long viewing time. It really does what no other zombie movie has been able to do, and that’s show us what comes next. So it would the Top 5 for that alone. Okay, enough about The Walking Dead. Let’s talk about the movies that made it possible!

5. Shaun of the Dead (2004)
I have a difficult time with this film. It’s not scary at all, and I don’t think it was supposed to be, either. I am probably one of the few people that doesn’t find it that funny, either. And yet, I’ve watched the movie several times, because it’s a fantastic commentary on the zombie scenario in general. If we accept the premise that the zombies are the mindless consumer, then Shaun of the Dead is about the blue-collar idiot’s response to the zombie apocalypse.

The idea of two working-class man-children who are so self-absorbed that they don’t notice the problem until it is literally on top of them is a neat idea, but then the film changes into a redemption story with Shaun trying to patch things up with this ex-girlfriend. This goes against all of my survival instincts and really bothered me as I watched them make all of these mistakes (I know, they were attempting to write a movie as if they didn’t know anything about zombies).

My take has mellowed on repeated viewings. I think it’s a good Edgar Wright film about relationships, which is what he’s great at, set in and amongst a zombie uprising. If you want a kind of video essay on the metaphorical underpinnings of the pop culture zombie, then this is your film.

4. Dead Alive (1992)
Before Peter Jackson became the Laird and Steward of Middle Earth, he made his reputation as a gifted, if twisted, horror director because of Dead Alive. Widely considered one of the grossest movies of all time, this gore-soaked opus is full of black comedy and red meat. The plot is simplicity itself: a monster rat from Skull Island (yes, THAT Skull Island; what, did you think there was more than one?) bites an old lady and confers upon her the insatiable hunger of the living dead. Awesome.

You won’t believe some of the zombie kills in this movie. Jackson was always an innovator, and he intentionally tried to overdo it with this movie. As a result, it’s more shock-funny-gross out than truly scary, but it is so worth watching to see where this veteran filmmaker started out.

3. 28 Days Later (2002)
Now, if you want really scary, this is more your speed. The zombies are fast, and furious in 28 Days Later. The disaster du jour is a biological pathogen that turns people into savages. This was one of the most effective “do-overs” of the slow, shuffling zombie in that every component of the movie makes sense. The film also conveys a real sense of isolation that few other end-of-the-world zombie flicks have be able to equal.

The sequel, 28 Weeks Later (2007), was long in coming and short on improvements. The civilian government has tried to rebuild, and most of the movie takes place in the tenuously established new world order. Of course, it doesn’t take much for everything to come tumbling down again. I’m not sure we need a third one in this “franchise,” but it’s never up to me.

2. Night of the Living Dead (1968)
Now we’re talking! George Romero probably had no idea what he was kicking off when he made this low-budget feature around the simple premise that when there is no more room in Hell, the dead shall walk the Earth. With that ersatz Biblical pronouncement, we’ve got a town suddenly besieged with corpses that refuse to lie down.

The film is a simply shot, tightly plotted survival film, with a jaw-dropping ending that, if you consider it with the next two movies in the series, is a clue to the cynicism and nihilism that was to follow. The modern zombie movie starts with Night of the Living Dead.

1. Dawn of the Dead (1978)
Why it took George Romero ten years to make the sequel to Night of the Living Dead isn’t important. It’s mostly when he made Dawn of the Dead that added that layer of commentary to his end of the world zombie scenario. As you can imagine from the title, we pick up at the beginning of a new day in a crowded city, and the shit has hit the fan. A small band of survivors escape the chaos in a helicopter, looking for a place to hole up and wait for whatever comes next. What they find is a shopping mall.

With the simple two-line exchange of dialogue, Romero invented the post-modern zombie as mindless consumer. This would inform other zombie movies for decades to come (and still is, to some extent). Zombies are the perfect metaphor for the mindless, insatiable consumerism that is part of the American experience. The survivors create a little utopia that is all too quickly beset upon by the other danger in a post-apocalyptic world: the other survivors.  Romero’s third movie, Day of the Dead (1985), isn’t as pointed in its commentary, but is at least a satisfying conclusion to the trilogy.

I dunno - Re-Animator is less a zombie movie and more this weird horror-comedy about mad science. ;)

I need to snag a copy of "The Dead," which is a Romero-esque zombie flick set in Africa, and show it to you. That's some good stuff.

I'll check out The Dead. Sounds cool. And the other thing that Re-Animator presupposed was the violent, fast, thrashing zombie of the 28 Days Later stripe. We hadn't seen that prior to Re-Animator. That's why I'm keeping it on the zombie list.

To me, Shawn of the Dead is one of the best zombie films ever made. I know it's not scary, but then, I don't find many zombie movies scary - I mean, not really. But Shawn of the Dead is a tour de force of acting, writing and directing. There are so many little details that make it good. I find it very amusing in places. It swings wildly from action to human drama to romance to satire. If I'm flipping through the TV channels and find Shawn of the Dead showing anywhere, I will watch it again more often than not.

Bill, that's partially why I included it on the list--so people would know that I am aware of the movie and while I think it's a great meta-film, I think it's everything BUT a zombie movie, at least by the parameters of the list I have outlined. I like it very much--but I just don't love it as much as so many others do. I suspect perhaps by the time I got around to seeing it, so many people had built it up to me that I went in with a chip on my shoulder. There aren't any other horror/comedy movies I can think of that do what SotD does, or as well, so I give it full credit for that.

For Shaun of the Dead, could it be a cultural thing? As a Briton I found it riotously funny, but it could be because it's very much in that cultural context. However, what I love about SotD isn't the horror or the comedy, so much as the filmmaking: all the cuts, the framing, the Chekhov's Guns (or Winchesters), and the technical bits and pieces that went into it were a joy to watch for me in a "first year film school" kind of way.

Honourable mention for me is Pontypool, which is another small-scale zombie apocalypse film, but with a really clever idea for the carrier.