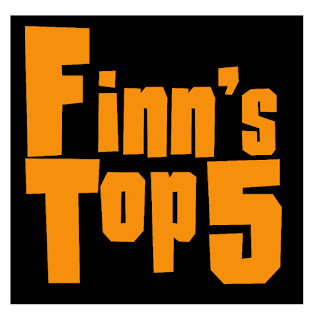 The “teens” saw a resurgence in horror (draw your own conclusions as to what in the zeitgeist might possibly have increased such an interest), bringing with it a host of useful filmmaking tricks and techniques, as well as a reverence for craft and story that was refreshing to note. These more recent outings pack a punch and do not disappoint, both visually and viscerally.

There may be something to the old chestnut that whenever there is a Republican in the White House, horror sales spike. I think that, beginning with the midterms in 2010 (when the Republican party took over Congress), we have seen a kind of cultural renaissance in horror movies, the likes of which I’ve never before witnessed. We are indeed living in interesting times, and so too are the wide array of interesting takes on what a horror movie is and what it can address.

While quite a few films stood on the shoulders of giants, others found fertile ground to plant a flag and try something new and different. Some of the most inventive and genre-bending horror movies made in this ten-year period were done so by directors who were also screenwriters, and in several of the films below, represented their inaugural outing as directors. This grab for new talent may have coincided with the proliferation of online streaming services and the need for content to satisfy the increased demand from an increasing number of new horror fans. 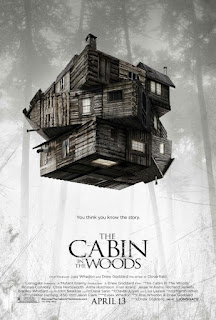 Five college kids all pile into a van for a weekend getaway at a (wait for it) cabin in the woods and end up driving into a night full of terror and madness and...oh, you know how this goes. It’s been done to death, right? I mean, even the previews made this seem like another cookie-cutter movie about the same old, same old...right? Right. Also, no. That’s not what the movie is about.

I don’t want to say anything more about the plot, because to do so, even obliquely, would tip off someone who hasn’t seen it and trigger a torrent of “Ohmygoditssocooool!” from anyone who has, and this would be followed immediately by “Lemme just tell you one thing that won’t give anything away...” and then they will say something that totally gives something away.

Instead, let me tell you that Chris Hemsworth is in it. Also, Josh from the West Wing. Oh, and Drew Goddard directed the movie (he’s gone on to work on some really good projects that I know you have heard of, like Netflix’s Daredevil and The Martian). Goddard co-wrote the movie with Josh Whedon, and it’s one of the best things Whedon ever co-wrote.

Cabin in the Woods is both a meta-movie that not only explains the reason for every extant slasher film cliché, and it also posits a world wherein we are just barely keeping immense cosmic forces at bay through the efforts of banal government employees doing what amounts to a third shift sanitation job. It’s one of the darkest, most brilliantly conceived and executed ideas in modern horror films. If you can find a more cynical movie than this, I would welcome the discussion. That we have, in the film, moved well past the point of soul-sucking horror for the situation to guys on the clock complaining about how the other departments keep screwing things up, is all the more telling, and intentionally so, at that. Or to put it another way, some of the scariest parts of the movie aren’t the murder cannibals, but the people watching them. I’m not sure if Cabin in the Woods is scary enough for rabid horror fans, but it is absolutely required viewing for anyone seeking a deeper appreciation of the genre. 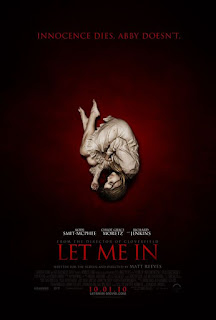 A young age boy, who is the target of bullies in his school, gets a new neighbor at his apartment complex; a mysterious girl with an elderly guardian who doesn’t seem to mind the cold. The two become fast friends and she bolsters his self-confidence. Meanwhile, the elderly guardian is out at night, luring strangers into dark places in order to drain them of blood...

It’s rare when a remake can creatively co-exist with the original movie, and Let Me In does just that. An American-ized version of Let the Right One In (2008), this movie came in fast, hot on the heels of its Swedish counterpart. When it was first announced by Hammer Studios, writer-director Matt Reeves alleged the movie would be a remake of the book by John Ajvide Lindqvist, but this wasn’t quite so with the finished project. And that’s all right, because the things that we don’t understand while watching Let the Right One In, asking ourselves if there is some cultural significance that escapes us, are made perfectly and pointedly clear in Let Me In.

Despite its adult themes and subjects, the movie is made on the performances of the young boy, Owen, played by Kodi Smit-McPhee and Abby, played by Chloë Grace Moretz. Their performances are what make you buy the whole premise, and you find yourselves rooting for them until something horrible happens and you remember that one of them is a monster. And speaking of monsters, the bullies in the movie are sinister and terrible and drive the plot like a ticking time bomb counting down to all zeroes. A novel, fantastic vampire film from start to finish. 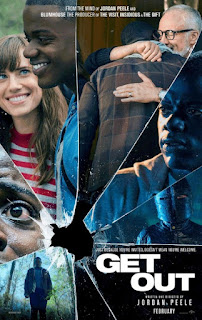 Chris Washington is one half of an interracial couple, and he’s nervous about going away for the weekend to meet his girlfriend’s parents and attend their garden party. Despite several assurances that he’s among friends, everyone Chris meets can’t help but put their foot in their mouth, however well-meaning. But it’s when his girlfriend’s mom offers to hypnotize him to help him quit smoking that things take a very weird turn.

Jordan Peele’s writing and directing debut is a mix of social commentary and black comedy, and also some pulp-era scares that involve consciousness transference, old school zombie-ism, i.e. racism, and the loss of will and control that comes from being a stranger in a strange land. That sounds like a tall order, but Get Out manages all of it and makes it interesting, provoking uncomfortable laughs in the midst of some deeply uncomfortable scenes.

Of course, this movie is about racism, but not sheet-wearing clansmen. Rather, the racism is of the institutional variety that allows people the veneer of thinking they are good while also continuing to be part of the problem. However, Get Out does a fantastic job of putting the shoes on the other foot and letting white audiences see through the main character’s eyes and experience what he deals with, and how it affects him. 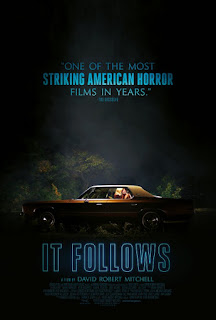 A young college student, Jaime, has a romantic tryst with her new boyfriend, who promptly incapacitates her and ties her up so she can’t get away. He tells her that she’s about to be stalked, followed, by an entity only she can see, and if this thing catches her, it will kill her. The only way to avoid such a gruesome fate is to have sex with another person before she’s caught, thus passing the...whatever it is...on to her new partner. Then he drives her home and leaves.

What happens next is equal parts slow burn and 1980’s morality play throwback (and even includes an electronic, minimalistic film score that sounds like it came from a John Carpenter movie). Jaime’s friends help her track down her boyfriend, who has ghosted her and left town. And sure enough, creepy adults only she can see start walking slowly, ominously towards her... it may not sound like much, but trust me, it’s terrifying. The friends battle interpersonal entanglements as they try to solve the mystery, but eventually, It Follows turns into a monster-hunting bloodfest and manages to never let up on the creepiness its premise generates.

It Follows is another writer-director project. This particular fever dream comes from David Robert Mitchell, who worked on the story for years before getting it greenlit. It’s tempting to read the relentless entity’s progress and the subsequent violent death it metes out as deeply symbolic, and you probably should bring your own baggage to bear for the movie. Anyone who grew up watching 1980s horror flicks will recognize the statement implicitly suggested every time the promiscuous couple disappear into the woods to have sex—they are inevitably the first ones murdered. It Follows updates that conceit for the 21st century and creates a premise that feels sufficiently different to act as its own thing. 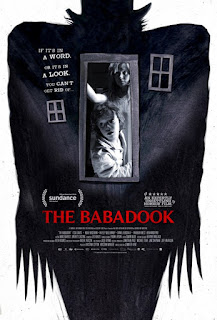 Amelia’s six-year-old son is acting out, bringing improvised weapons to school, sleepwalking, and in general being a really weird and creepy kid. She’s stressed out about this, as she is raising him by herself because, as it turns out, her husband died in a car crash six years ago, while driving her to the hospital to give birth. When a children’s book shows up at her house, titled Mister Babadook, and she and her son read it, they unlock...something that wants to murder them both, and they are forced to fight for and against each other in order to survive the arrival of the baba-dook-dook-dook...

Written and skillfully directed by first time director Jennifer Kent, based on her short film Monster, The Babadook is one of those rare horror films that’s about something substantial and real, and the film’s metaphor about grief and survivors is both powerful and universal. Filmed in Australia, the only actor you might recognize is the mother, played by Esther Davis. That works in its favor, adding to the skewed and original perspective of the film.

There’s a lot of stuff to unpack, from the look of the monster being inspired by Lon Chaney’s vampire in London After Midnight to the raucous soundtrack and use of sound as a psychological warfare tool against both the harried mother and the audience. The babadook itself may be one of the most interesting horror creations of all time, tipping its literal top hat to Lon Chaney and other creepshow favorites, but coming off as something new and unique.

The Babadook is a disturbing horror film, equal parts psychological thriller and supernatural monster hunt, and it doesn’t even bother to thread the needle between the two. The movie is tense and exhausting, and you may well need a cool-down afterward.

Email ThisBlogThis!Share to TwitterShare to FacebookShare to Pinterest
Labels: Babadook, Cabin in the Woods, Get Out, horror movies, It Follows, Jordan Peele, Let Me In, Matt Reeves, movies, top 5 lists 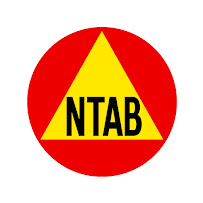