Five Things That Are Ruining Movies

1. The misuse and over-application of the word “trope.”
2. The misuse and over-application of the concept of a “plot hole.”
3. Deeply unqualified people telling me why the movie sucked.
4. Catastrophically angry people excoriating directors, producers, and writers for not doing enough.
5. Eagle-eyed detail-oriented people ticking off all of the mistakes a movie made, implying that the film would otherwise be a cinematic gem if X hadn’t gotten in the shot or if the scrambled eggs didn’t stop moving around on the plate in that one scene.


There’s an old saying that Too Many Cooks Spoil the Broth. Well, movies are a collaborative effort between the actors and around seventy or eighty cooks. Mistakes get made. Movies aren’t a perfect story-telling medium and never have been. What they can do, they do very well, and more effortlessly than ever these days, thanks to ginormous budgets and super sophisticated computers. But “perfect” or “nearly perfect” movies are so rare, and I can’t think of a single one made after 2001.


Websites like CinemaSins, TVTropes, and the “Goofs” section of IMDB, the comments section on every single YouTube video ever, the bloggers who are so ignorant and obtuse who write click-bait headlines and get their articles passed around with inane comments attached to every iteration—hell, even respected writers from legitimate newspapers who do the same thing…it’s all formed a culture of toxic meta-criticism where people are more interested in gleefully shredding than in making cogent observations.

Of course, this isn’t anything new. Here’s a Simpsons clip from 1997, which for some people will be akin to When Dinosaurs Roamed the Earth.

The thing is this; over time, and with the sheer weight of repetition, in general, movie making has improved dramatically over the years. As tools have developed, and as practices have evolved, movies look better, sound better, are better acted and directed, and offer more to the audience. Even movies that you may hate for one reason or another still look like better movies than the ones you hated in the 1980s or 1990s. We no longer get Robot Monster, though we do sometimes get Plan 9 From Outer Space; however, I contend that those movies (mostly) don't show up in cinemas, but rather on SciFi, Netflix, and the like. Even movies that are universally considered bad are proficient enough to look, sound, and feel like better films, and that may be why they are doubly-damned. You spent all of that money on space ship design but you couldn't get a script that makes sense? 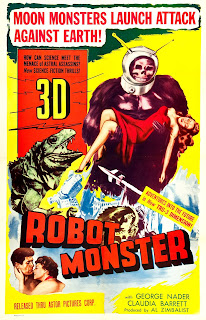 I think a lot of modern criticism is simply counting digital coup for the sake of negging. It makes a person seem edgy or provocative or even astute by ticking off all of the things the movie got wrong, or why that particular plot line is bullshit, or how the whole genre has become tired and needs a break. This is doubly damning because there are a few times that such criticisms are valid. Romantic Comedies DO need to be re-invented; they have hit a same-ness bordering on the near-universal, and all of the above critical devices are excellent ways to point this out.

But using such precise tools on giant spectacular blockbuster movies to take them apart and “analyze” them by cataloging their myriad faults does no one any good. If you have points to make, that’s okay. I’d much rather listen to someone with a degree in film studies or writing and storytelling experience talk to me about the efficacy of how a story was developed, or why this worked or didn’t work. And a bean counter in a basement, producing a ledger sheet listing all of the movie’s failures under an arbitrary set of criteria ain’t helpful.

And before you hit reply, let me state this very clearly: Fans, have at it. Go nuts. This isn’t about you. If you watched X-Men Origins: Wolverine and were mad because you didn’t get a wise-cracking Deadpool in the movie, let your voice be heard. I have had, very publicly, strong opinions about Emmerich and Devlin’s Godzilla movie, about Shumacher’s Batman and Robin, about the Doc Savage movie, about Flash Gordon, Reign of Fire, The Phantom Menace, and many others. This isn’t about waiting anxiously for something that you expect to love and are subsequently disappointed in. I’m talking about destruction for the sake of keeping your hipster cred, or bolstering your status, or simply pissing on everyone else.

If you’re going to wax intellectual (or passionate, or erudite, or what have you), I have a few tips that will help you, and also the rest of us, from early onset heart disease and brain aneurysms. You are under no obligation to follow these guidelines, but I really wish you would.

1. Define your criteria going in
Tell me you’re going to catalog all of the technical errors, and stick to that criteria. If the cigarette keeps changing lengths in one scene, so much so that it pulls focus, that’s legit. “And another thing, Bogey’s character would never say…” is NOT legit. If you’re critiquing from a writing standpoint, hit me up, yo. But you’d better know your shit.

2. Stay in your weight class
Stop misusing the word “trope.” That’s a literary term that got appropriated by TVtropes.com and has since morphed into a catch-all for a half-dozen dissimilar things. Stop using technical and academic jargon if you don’t understand it, and especially if you’re not writing for film geeks and film rhetoric classes. It’s possible to over-think a movie, and it’s inevitable that you can view it through a specific lens that speaks to a narrow point of view and find most movies wanting.

3. Consider the intention of what you’re critiquing
Not all movies are Citizen Kane, and aren’t trying to be. Not all movies are Jurassic Park and aren’t trying to be. The reasons why people make movies has everything to do with the story they are trying to tell. That may not be a story you want to experience, and that’s fine, as long as you realize that. However, being promised one kind of story and being given another is a separate issue. Know the difference.

4. If you’re serious about being a critic, read criticism
At least figure out how and why other people are writing what they write. It helps if you have a specific point of view. In fact, that consistency makes you a better critic; if I know that you are ashamed of being a geek and routinely diss all science fiction movies, I know that I can add 1 star to your review scale whenever you go to a pew-pew movie. That’s helpful to me, especially if you are otherwise consistent with your criticism. Two of my favorite film critics, Roger Ebert and Marc Savlov, had specific weak spots in their criteria and I looked to them constantly for feedback, especially on the movies I wanted to see. 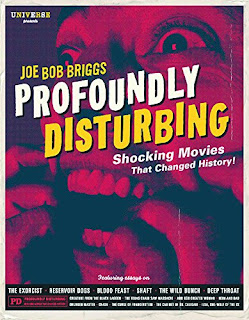 5. If all else fails, be like Joe Bob Briggs
That’s kind of impossible, because not only was Joe Bob an entertaining writer in his character of  “the drive-in movie critic of Grapevine, Texas” but he also has a deep, deep knowledge of cinema and the history of films and is capable of seeing trends and patterns and drawing conclusions based on that deep, deep knowledge. His books of criticism and his lectures are not to be missed if you’re a serious fan of the movies. Now, we can’t all be like Joe Bob, because there’s only one Joe Bob, but if you read some of his drive-in movie reviews, you’ll undoubtedly see what I’m talking about. He pre-supposed that the Internet would become a snarky, sarcastic space long before anyone knew what the Internet was. Tone and point-of-view can make even a bad review worth reading. If your goal is nothing more than eyeballs and clicks, well, there’s a right way and a wrong way to do even that.

Email ThisBlogThis!Share to TwitterShare to FacebookShare to Pinterest
Labels: criticism, movies, pop culture, This is Why we Can't have Nice Things, YouTube