As 2014 drops to the ground, a lifeless, smoking hulk of pain and misery, let's pause for just a second to kick its corpse before moving on to a presumably brighter and more lustrous 2015. Well, you don't have to kick it if you don't want to, but I'm going to throw a few, for all of my friends who are no longer with us, and for their loved ones who are no longer with us, and even for the quantity of celebrity deaths that affected us all. Tough year, man. Tough year.

I'm here to personally report that I failed miserably in my stated goal of writing 500,000 words this year. I managed to get a lot of writing done, though not nearly as much as I would have liked. And I got MOST of my back list out. Most of it. There's two books yet to come: Bowen's Bluff, the second book of Sam Bowen stories that originally ran on Clockwork Storybook, and The Chance of a Lifetime, the third and final Con-Dorks novel that has never been collected in book form before. These are coming, and sooner, rather than later.

But how much DID I manage to write this year?  I was on pace and looking good, until May. May was when my business came crashing into my writing and more or less took over the year. You may know that my wife and I live over a movie theater that we own and operate. For the past two years (and longer) we've needed to convert from showing 35mm film to digital cinema. This is not an easy nor a cheap project. It took a year of research and planning to put together, and then it took five months to get the financing in place (that would be the end of May). After that, it was all project, all the time.

What should have taken six weeks ended up taking five months to fully implement. Everything from construction hassles, electrical work, you name it. It was all going on at the same time--or it wasn't going on at all--and it drove me fairly crazy.

The work was completed in October, and since then, it's been chaos keeping a weekly schedule and keeping up with everything else. I'm STILL not out of that learning curve yet. But it all conspired to keep me busy and benumbed and my writing output slowed to a trickle. Final tally for the year: 279,368 words. That's not taking the five books that I published, either. Those were already written.

I can do better. I know it. So, starting January 1st, we're going to reset the spreadsheet and start this goal all over again. I can do half a million words in 2015. I'll keep you posted.

And Speaking of Posted...

Starting in 2015, I'm going to be posting WEEKLY on this very blog. Weekly. Yep, you heard me. They may be short pieces of commentary, or longer, essay-style things. Not sure. Depends on the week. But I will be making a conscious effort to engage a little more freely about what's going on, as well as talking about books I'm reading, life, writing...in other words, you know, a blog.

If there's something you'd like me to talk about, or if you have questions, you know the drill: email my happy ass, and we'll see what can be done to accommodate you.

I've also been commenting more on Twitter. Mostly just snarky asides. I mean, what else is Twitter for? You can follow me if you want to: @FinnsWake is my handle. 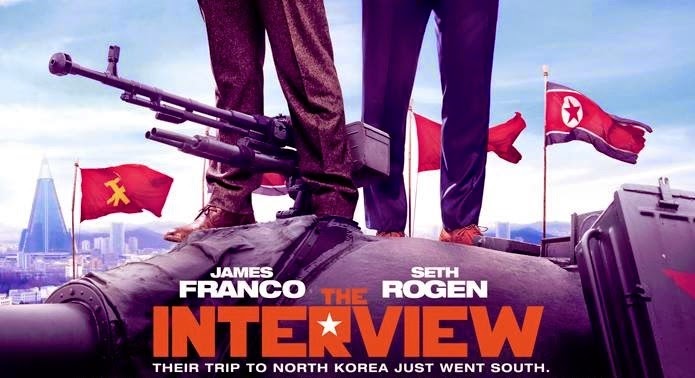 That's it. Oh, one final thing about Sony and The Interview. There is no conspiracy. It's a combination of stupidity and coincidence that makes it seem as though there are connections. There aren't. I'm looking at this from the back end and trust me, none of the players involved are smart enough to have orchestrated such a brilliant scheme that mimics failure so well.