Walking With Blinders Through The Last Book Sale, Part 1 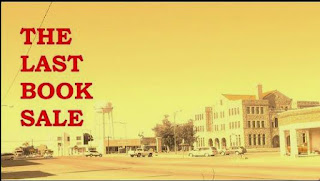 I first heard about Larry McMurtry’s book auction back in April. Booked Up, located in Archer City, Texas, is an oasis of literature and culture in the otherwise bereft Middle of Nowhere, North Texas. Four buildings on the town square, all filled with ten to twelve foot tall shelves, each full to overflowing with books. So many books, in fact, that they are grouped according to subject matter, according to store. The first time you go, you need a full day to take it all in. It’s that many books.

450,000 tomes, conservatively estimated, and now McMurtry made the announcement that he was liquidating three-fourths of that stock at auction to be held in August. I immediately called and threw a barrage of questions at the nice woman who works there and was told that the auction would be done in shelf lots (the aforementioned ten foot tall monsters). Roughly 200 to 300 books per shelf. I did a quick mental calculation, got real dizzy, and hung up. It was going to be epic.

As the weeks passed at a glacial rate, I went back through my mental map of Booked Up and ticked off all of the books I’d been meaning to buy over the years. I live only a short hour’s drive from Archer City, and so for the past six years, I’ve used Booked Up as a kind of refuge to go and recharge. Vernon has no bookstore, and for that matter, neither does Wichita Falls. And before you protest, let me assure you that Hasting’s and Books-A-Million are not bookstores. Not really. Not like a good used bookstore, which is often less about buying books and more about reconnecting to a higher power. The Gods of Literature, or something I am afraid to name, lest I take away its meaning. But I digress.

I’ve made the drive to Booked Up twice a year for the past six years, without fail. Usually in the late Summer (when it’s hottest) and the dead of Winter (when it’s freezing). Both extremes prove to be a challenge for the mediocre HVAC systems that Booked Up employs. I’m not sure why I made those times my scheduled trip windows; perhaps there’s a component of suffering that I have to endure in order to justify coming home with fifty or sixty bucks worth of books that I didn’t know I needed until I got there. I don’t know. But one of my little tricks was to mentally remember which books I wanted to pick up the next time I come to Archer City, both to help keep my purchases reasonable, and also to remind me which sections to regularly check for new stock.

Now that all of that was going away, I needed to get down to Booked Up to make some notes for myself. Luckily, a preview of the store’s contents was planned the week prior to the auction. I did take it as a good sign that the auction would fall during the time of my usual summer pilgrimage. I knew there were a couple of sections that I wanted to buy in total, because they were my favorite sections and I was the only person who ever seemed to buy anything off of those shelves. But I really didn’t know what else I wanted to try for, because that’s the beauty of a used bookstore; you can’t know what’s there, or even what you want, or what you may need, without browsing the shelves. And all it takes is one or two careless shoppers or inattentive shelvers and you will find great books in places you never expected to find them. Glorious. 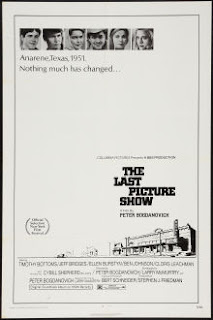 Finally, August dawned, and like a kid at Christmas, I beat feet for Archer City as fast as I could go. I drove down with a friend of mine, a fellow book enthusiast, on Friday and we got there in the early afternoon. Posters hung on the building windows proclaiming “The Last Book Sale,” with a sepia-tinted photo of the buildings that was reminiscent of the movie poster for The Last Picture Show. Clever, I thought.

The registration process took forever. McMurtry brought in a professional rare book auction group from Georgia, and they have their own way of running things—not in a bad way, you understand. It made sense to have these guys do the auction, since they were out of state, and maybe didn’t have the ties, emotional or otherwise, to this unique situation. There was a hefty registration fee (applied to whatever you win, of course) to discourage the gawkers. I was told at that time that news of the auction had rippled through the book store community and there would be people coming in from all over the country to attend. Wow. But, I mused, it made perfect sense. McMurtry has been a bookman legend for forty years, and had stores all over the country prior to settling down in Archer City. Of course everyone would be here. Then I got my bidder number handed to me: three.

“Yeah,” the auctioneer said with an apologetic shrug, “not a lot of folks have shown up yet.”

“How many do you expect?”

“Around a hundred serious buyers,” he replied. “Plus guests.”

Guests. I must have looked confused, because he told me that my entrance fee covered both me and a guest to the Thursday night activities. My confusion deepened. To offset the kinda steep price and the middle-of-nowhere-ness that is Archer City, there would be a barbecue dinner after the Thursday preview, followed by a screening of The Last Picture Show at the Royal Theater. This would be the same Royal Theater that was featured in The Last Picture Show. Oh, and Larry McMurtry would be onhand to introduce the movie personally.  I turned to my friend and said, “You realize that I now have to bring my wife to this, or she’ll kill me.”

“I completely understand,” he said, for he too knows my wife, who is a brisket junkie and a fan of Texas films. This combo would be too much for her to pass up.

Buoyed by this new information, we traipsed through Booked Up #4, Booked Up #3, and Booked Up #2, taking notes, writing titles down, and always keeping a loose running tab of how much this was going to cost us.

Several hours later, we found ourselves back in #2, which was auction headquarters, and I managed to finesse some information out of the auctioneer, who apparently found me non-threatening as I was not a bookseller. With so many books per shelf, and so many shelves full of great stuff, the auction house was planning to start the bidding at around $125 to $150 a lot. My eyebrows shot up over my head. I was afraid of this. He laid out their rationale: three to four dollars a book was a steal, especially since so many shelves had such great books on them. He’s thinking, of course, of the wonderful 19th century leather and cloth-bound stock that makes up a large chunk of Booked Up #3. I was thinking about, say, writing reference in Booked Up #4, with three copies of the Chicago Manual of Style and an assortment of thesauri and other such titles that would be labeled “dead stock” in any used bookstore in the country.

But I didn’t say anything. This was, after all, his rodeo, and while I’ve been to many an auction in my time, there was nothing in my experience to cover something this vast, this intrinsic in nature. After all, what I would pay for a shelf full of writer’s reference books and what YOU would pay for a shelf full of the same are vastly different numbers. It’s always—always—a question of what value you personally place on any given item.

We talked a little bit about The McMurtry 100, a shelf full of lots that would be sold singly, all hand picked by Larry McMurtry as representative and indicative of his varied and interesting stock.  We were both impressed by the Elmore Leonard first edition. Then I hit him with the sixty-four thousand dollar question of the day: what was the minimum reserve for the shelf lots.

He looked uncomfortable as he confided that well, he didn’t think they would get down that far, but certainly no lower than fifty to eighty dollars a shelf. That would be criminal, practically stealing the books, he said. I agreed, but I also had to bite my tongue. There would be Texas booksellers in the crowd, along with other folks from other states. I don’t know how it goes in places like Washington or Vermont, but in Texas, it’s buy low and sell high. If there’s one book on the shelf worth fifty bucks, Texas bookmen will shoot for that one book, try to buy that shelf for fifty bucks, and then put a dollar on all of the other books, on the rationalization that if they sell that fifty dollar book, everything else is pure profit. This of course ignores the fact that all of those books take up real estate, valuable shelf space, in any book operation, up to and including operations that don’t have four bookstores’ worth of room.  But he seemed confident that it wouldn’t be an issue, and so on the way home, as we discussed the sale, I mentally added several hundred dollars to my budget for this little excursion.
Posted by Mark Finn at 12:18 PM

Didn't realize you were such a Booked Up habitue. Hope you found what you were looking for. I had also been scared off by the bidder's deposit & threat of having to buy hundreds of books on a shelf to get the one or two I really wanted. (And could probably find online.)

Melissa, in coming installments, you'll see that I had a plan for that. Oh, I'm sneaky, all right.