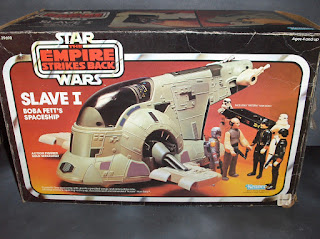 During those two weird years where my parents sought new life partners, there was a lot of crap to deal with. Living with mom, who lived with a roommate, who also had a daughter, was weird. Then, I had the extra pressure of dealing with Paul and his kids, twice or three times a week. None of this was bad, per se. Paul and Mom were quick to include us in at least one evening’s worth of activities, even if it was a trip to Dairy Queen to eat burgers and play Galaga and Pac Man. Our roommate’s kid was a fellow only child, and very girly, so we stayed out of each other’s way. It was hard on someone who was an only child for ten years.

Mom got that, I think, and made sure I had space to retreat to when the kids were all over. I grew up in my mother’s day care center, eventually becoming one of the “older kids” who helped wrangle the younger kids. On days when I knew that was expected of me, I was pretty good with them. At home, or during the school year, I liked being alone with my thoughts and my toys.

My father’s house wasn’t much better. He started dating as soon as my mother did, if not sooner. I only saw him every other weekend, and that in and of itself was pretty hard on us. Dad went from being not around so much to being someone who suddenly gave a shit what I was doing. Interesting. And dad’s new girlfriend, Jo Anne, was nice enough, as well. They went out and did things on the weekends, and so that left me and Jo Ann’s son, Joel, with a baby sitter.

I knew Joel in passing. He and I went to the same school. We were in different classes, but we were still together. And just for the record, ten year old boys have no idea how to navigate those kinds of situations where parents are suddenly dating and you’re suddenly expected to get along.

It was difficult, initially. Joel’s father was nowhere to be found. If they ever got together, I don’t remember it. I remember Joel being upset about it at the time. I got the impression from listening to the grown-ups talk that he was always promising to visit, but never quite made it over.

So, here we were; two morose kids, sitting in Joel’s room, trying to figure out what to talk about. Being ten is one of those ages where you’re too old to really “play” but you’re too young to do much else. We had, on the surface, very little in common. At the time, Joel was really interested in World War II. I used to watch old John Wayne movies with my grandfather, but that was it. Joel knew the difference between a Tiger tank and a Panzer. That kind of “into,” the way boys will memorize baseball stats and other trivia. The way I was “into” comic books, if I’m being fair.

We were floundering. The only comics he had were Sgt. Rock comics. I’m not complaining, but I was an Enemy Ace man, myself. At the bottom of his small stack of comics was Star Wars #6, one of the issues I didn’t have. “Oh, cool,” I said. “I’ve never seen this.”

“There was a bunch of stuff in there that wasn’t in the movie. I wanted the movie.”

I disagreed with him, but it made sense. We started talking about Biggs, the 1977 Elephant in the Room, and his appearance on gum cards and in comics and even the novelization, but not in the movie itself. We both agreed it would have been better if he was.

Joel walked over to his toy chest and opened it, and pulled out Slave 1. Boba Fett’s personal space ship. It was just large enough to be impressive, but small enough to fly with one hand. And his Boba Fett action figure was right there in the cockpit, visible through the smoky plastic canopy. I was blown away. Why the hell wouldn’t you lead with that? “Hi, I’m Joel, I’ve got Slave 1.” Dammit, man!

We agreed to pool our resources, and the next time I came over, it was with my Star Wars figures in hand (well, in vinyl carrying case).  Joel let me take Slave 1 around the room for a test flight. It was glorious. After the Millennium Falcon, and the snowspeeders, my favorite space ship in the entire Star Wars fleet is Slave 1.

Mind you, we didn’t become best friends overnight. It was rocky. But we had found a common language, one that eventually led to other activities, like watching terrible Sci-Fi offerings on HBO, and playing Dungeons and Dragons together, and swapping fantasy books we’d read. We became good friends, and eventually step-brothers. And the Star Wars universe was a constant topic of conversation until I moved to Waco several years later.
Posted by Mark Finn at 8:00 AM