My FenCon Schedule and Why You Should Care

This is my first appearance at FenCon IX this year and I am really happy to be attending as a regional guest. This year I really expanded my "local show footprint" to include some shows that have asked me to attend before, but I was unable to due to other commitments, time, funding issues, etc.

If you've never been to FenCon, and you live in the Dallas/Fort Worth area, click on the link above and consider coming out for it. There's a good group of folks running it, and a nice, wide spread of guests, so there really is something for everyone.

The other reason why you should come out is pure selfishness on my part: I want to see you. I have so many friends in the Metroplex area that I never get to visit with. Even if you just come hang out at the bar, I would love to be your evening's entertainment. So, think about it. And hey, while we're on the subject, here's my panel schedule, below:

*Brunch With Barbarians* is actually my reading slot and Heroic Fantasy Quarterly editor Adrian Simmons' reading slot mooshed together to make one hour long happening. We'll have food and drink for anyone who wants to come listen to our readings from Noon to 1 PM on Saturday. That's right, we're THOSE guys.

Author's Note: This is the beginning of an exploration of my political beliefs. They are mine, and it took me 38 years to figure them out. You may feel inclined to comment on them, or even ask questions, and I would encourage you to do so, provided that you: (a.) avoid the trap of name calling and absolutes, and (b.) write those comments as if we're having a discussion. If you think I've grossly overshot and missed the point, then by all means, let's talk about it. But if you think I'm wrong because I don't see it your exact way, then frankly, I don't want to hear it. I'll do you the same courtesy of not trying to tip your sacred cows, as well. Remember: you can't reason someone out of a position that they did not reason themselves into in the first place.  With all that said, if you're interested in what I have to say, then press on!

VanderMeer's Weirdness and the Lovecraftian Zeitgeist 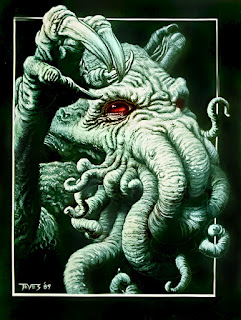 I just read an excellent post by New Weird champion Jeff VanderMeer regarding the pervasive and clinging influence of H.P. Lovecraft's fiction on the modern Weird Tale. It's a thoughtful post, and I recommend you check it out. Jeff made several good points that I want to speak to. Lovecraft was recently (and perhaps rightly) canonized into the American Literary pantheon, where he joins fellow pulp author Dashiell Hammett and Raymond Chandler, among others. With this indoctrination came a flurry of critics and reviewers who took gleeful aim at Lovecraft's exposed backside and planted their boots firmly. Call him a racist, sure, but it doesn't stop him from being widely read, nor from joining the ranks of authors that includes Jack London. Most people--make that, most free thinking people--are able to contextualize what they read and account for situations and language that are outside of our modern experience. Were that not the case, we'd never get through Heart of Darkness. Or Huckleberry Finn. And I don't see those books coming down off of the Classics wall, either.

So, Lovecraft is here to stay. But what are we really getting for our money? I'll tell you what we're not getting. We're not getting his writing style (like we did with, say, Raymond Chandler). We're not getting his driving, rhythmic prose (Lovecraft was more interested in a pile-up of words to create a sense of dread). We're sure not getting any kind of enlightened or original thinking regarding, um, anyone not a white Anglo-Saxon protestant. So, what's left?

We get Cthulhu. That's the takeaway for most people. And honestly, it's really the only thing worth taking. Subtract the Cthulhu Mythos from Lovecraft's corpus, and what's left? "From Beyond," "Herbert West: Reanimator," and a handful of Dreamlands books that owe more to Lord Dunsany than anything else.

The Cthulhu Mythos is Lovecraft's invented mythology of vast, mathematically improbable aliens who are locked in an eons-old struggle for supremacy, and who are so unfathomable to humanity that the more we find out about them, the more we realize we're not the center of the universe, and thus the more we go insane. It's this idea that make Lovecraft ideal reading for any teenager with entitlement issues. What could be scarier for a fifteen year old but to learn that the world doesn't revolve around them?

But it's become much more, and thus, a lot less, than that. For all of the other Mythos stories that Lovecraft wrote, the eponymous Cthulhu rules the roost. He (it) was the subject of only one story, "The Call of Cthulhu," but that story has torn free of his wood pulp tomb and taken on a ubiquity that would make Justin Bieber envious.

Cthulhu has become a self-generating meme, a thought bomb that infects all aspect of popular culture as generic symbol of ultimate evil. And the stuff you can buy to show that you're in on the joke is too numerous to mention: dice bags, t-shirts, glassware, ski masks, books, games, comics, music, stickers, and so much more. It's enough to make you go crazy. Yeah, I went there.

I know that the vast proliferation of Cthulhu merchandise out there really chaps S.T. Joshi's ass; here's a guy who campaigned for over a decade to bring Lovecraft's work into an academic and more respectable light. Imagine how he feels whenever he sees a pair of Cthulhu house slippers at a convention. Or the eleven-thousandth bumper sticker that says "Cthulhu 2012: Why Vote For the Lesser of Two Evils?" A slogan, by the way, that has been around at least since 1988. I know because I had that bumper sticker on my Volkswagon Beetle. What scared the hell out of a generation of authors and readers is now a throwaway joke. No, worse, it's the punchline to a throwaway joke.

I think I know exactly where Jeff is coming from in his article--maybe not so much from pop culture and a little more towards reading and writing. He writes:

The shadow of Lovecraft blots out and renders invisible so many better and more interesting writers.  The point isn’t to reject Lovecraft, but to see Lovecraft with clear eyes and to acknowledge that weird fiction should not and simply cannot begin and end with one vision, created by a man who passed away in 1937.

And he's 100% correct. I think just about everyone went through, or will go through, a Lovecraft phase. I think it's somewhat necessary, because so much of Lovecraft has permeated the pool of influences. How much of it sticks on you, and what you make of it, of course will vary greatly. What made those initial stories so revolutionary was the fact that no one else in the 1920s and 1930s, with the possible exception of Harry Stephen Keeler, was thinking the way Lovecraft was thinking. Those stories took us to a place in Lovecraft's head space that was creepy and frightening to visit. I think that's a defining characteristic of what comprises a weird tale--it's getting into a head space, or the nexus of two seemingly incongruous trains of thought, and watching them blow up into one another.

There's a literary term that is bandied about in the Texas SF/F community: Texas Weird. It signifies that, without exception, we're going somewhere that no one else thought to go to because we're not in the same head space as the author. This applies whether you're reading Scott Cupp, or William Browning Spencer, or Joe Lansdale.

I know there's other examples galore. I merely used Texas Weird because it was close at hand. Reliance on Lovecraft as one of the ping pong balls in the giant metal bingo hopper of your imagination is fine. When you start using this formula: 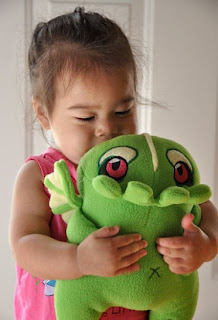 Then you have lost the fight already. This is tired thinking and it was played out when Lovecraft was still alive. He lived to actually interact with and indulge his pastichers. Hell, he encouraged them. The only one of his correspondents who actually got the substance of what Lovecraft was trying to do was Robert E. Howard in his story, "The Black Stone," and Lovecraft said so himself. Everyone else copied the plot points and changed the names like a Great Old Ones Mad Libs game. And yes, I'm talking about Robert Bloch, August Derleth, Frank Belknap Long, and so many of the other writers on Lovecraft's Christmas card mailing list.

But that's not the problem, not any more. The problem is that Cthulhu Mythos fiction has become its own genre. Think about it. There are rules, expectations, conventions. We expect certain things to happen, and they do. It's sad, really, when you think about it.

Part of moving past Lovecraft’s influence is also to acknowledge that his definition of “the weird” isn’t as applicable to modern weird — that, in essence, we need a new manifesto, even if it is a fragmented and various one: a kind of anti-manifesto in that the need here is to explore the boundaries, the interstices, as well as the center.

I think it's pretty easy to come up with a non-Lovecraftian weird tale canon that includes him as one of the many authors who contributed over the years. Certain stories from my dim and distant past come instantly to mind. Stephen King's "Lawnmower Man," for example, really disturbed me when I first read it. So did Clive Barker's "New Murders in the Rue Morgue." Both of these shorts take a very left of center approach and when you get to the reveal, you never see it coming. They are, in a sense, traditional horror stories, if you look at them as a series of beats. But their content is what makes them so weird.

Of course, your mileage will vary on the above, but I know you can think of other examples where you read the story and it was just so foreign and so obvious an idea at the same time that it literally bounced around in your head for a while. That's what good weird fiction should do. Kelly Link does it, and does it well. So does Jeff. There are a number of modern-day practitioners of the weird tale, and so many more waiting to take a shot. But as long as people are making and buying Cthulhu plushies, this will be an uphill battle.