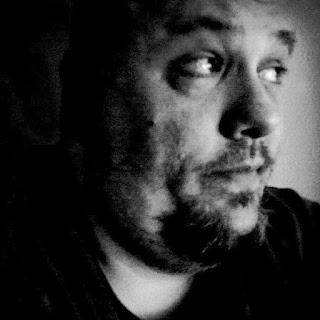 Mark Finn is an author, actor, essayist, and playwright. His biography, Blood and Thunder: The Life and Art of Robert E. Howard, was nominated for a World Fantasy award in 2007. His articles, essays, and introductions about Robert E. Howard and his works have appeared in publications for the Robert E. Howard Foundation, Dark Horse Comics, Boom! Comics, The Cimmerian, REH: Two-Gun Raconteur, The Howard Review, Wildside Press, and he has presented several papers about Robert E. Howard to the PCA/ACA National conference, the AWC, and lectures and performs readings regularly about Howard, comics, and popular culture in general.

Finn is the author of two books of fiction, Gods New and Used and Year of the Hare, as well as hundreds of articles, essays, reviews, and short stories for The University of Texas Press, RevolutionSF.com, Greenwood Press, Dark Horse Comics, Wildside Press, Monkeybrain Books, and others. Current projects include Fruit Ninja and SCOUTS! for Ape Entertainment and a story for Monsterverse’s Bela Lugosi’s Tales From the Grave With longtime friend and collaborator John Lucas. Forthcoming projects include an essay in The Apes of Wrath from Tachyon Press, a story in Tails From the Pack from Sky Warrior Books and a short story in Ray Guns Over Texas for the 2013 WorldCon.

When he is not working in Howard Studies, he writes comics and fiction, dabbles in magic, acts as a creative consultant for media companies, and produces and performs community theater.  He lives in North Texas (over the movie theater he owns) with his long-suffering wife, too many books, and an affable pit bull named Sonya.
Posted by Mark Finn at 12:38 PM No comments: