I backed the wrong horse this year. It cost me some ground. But the good news is, I’m back on track, now. I’ve got some big stuff planned, and it’s going to start sooner, rather than later, in 2014. Stick around for it, won’t you?

In other news: Duck Dynasty. Yeah, on second thought, never mind.
No, I've got to get this off my chest, because it's just a perfect example of how we operate these days. 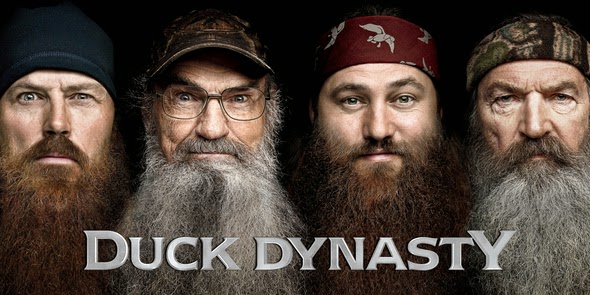 I’m sure that most, if not all of the readers of this blog understand that “reality television” is the new oxymoron for the 21st century. Nothing is real on TV. Not the shows, not the news...none of it. And you shouldn’t trust any of it, either. Not when all of broadcasting is owned by vast, multinational corporations who care for nothing except an increase in quarterly earnings. And if you think this whole Duck Dynasty thing is anything other than a fourth quarter cash grab for the stockholders, you’re missing the bigger picture.

This “controversy” was manufactured artificially so as to drive some merchandise sales. That’s it. Push some product. It was a calculated move on the part of A&E, who were (a) with the guy at the time he said what he said, and (b) could have put the kibosh on those comments before they aired...but they didn’t, did they?

Nope. They let them run, knowing full well that FaceBook would erupt in indignation. As if anyone cares what any 65-year old man thinks about 21st century problems. Please. They knew that there would be a swarm of people defending his rights of free speech, and they knew that if they fired the guy, his fanbase would go ballistic.

So, all of that Duck Dynasty merchandise that has been sitting, lagging, in all of the rural stores across the country (like Hastings, the pop cultural mecca for towns with a population of 100,000 or less), all of a sudden becomes a badge of pride. A collectible. Whatever it takes to get it all gone. Last minute stocking stuffers. You decide. But it’s now been re-distributed amongst the fans, who maybe didn’t realize they were supposed to buy that crap in the first place. So, no returns! Numbers are up! Hooray for A&E’s stockholders!

And lo, two days after Christmas, like some kind of miracle, the old man gets his job back. And the clouds part, and the angels sing, and everyone’s made their Christmas bonus. What changed? Other than a lot of money, from your hands to theirs? Nothing. Nada. Zip. Bupkiss. The status quo is back where it belongs. Fans of the show are happy. The people not happy are the folks who weren’t watching Duck Dynasty in the first place. Nothing but gain. Zero downside. And so FaceBook goes back to sleep until the next manufactured gaff or crisis wakes everyone up to cross-post to their entrenched groups.

Another successful scam perpetuated on the American public. Seems like a perfect way to end 2013. Let’s hope we’re all a little smarter next year, okay?


Author's note: This is an old story I wrote back in the days of Clockwork Storybook. We wrote a lot of Christmas stories during our run, of varied quality, but I really like this one, still. It sums up most of my feelings about Christmas nicely. It was literally inspired by a dream I had, and it scared the hell out of me at the time. I tried to make the "off the rails" part of the story just like my dream. You can let me know if I succeeded or not. Hope you enjoy it! 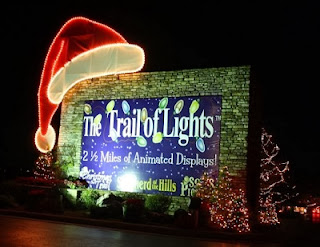 “Santa Claus, Daddy!” Martin Hartsfield tugged frantically on his father’s arm, to no avail. He leaned into the task of attempting to steer the grown-up away from the Old World Sausage Shoppe and into the North Pole Pavilion of Guildcrest Mall.
“Marty, calm down!” Joseph Hartsfield’s tone was rougher than he’d intended, but Christ, that kid was driving him nuts.
“But Daaaad...” whined Marty, the nasal tone raking down Joseph’s spine.
“Son,” said Joseph, as he leaned down and turned the six-year old around to face him, “do you remember our deal?”
Marty’s expression went from petulant to thoughtful.
“What we talked about on the way here? If you’re good and quiet and help me out tonight, we’ll go see the Christmas lights.”
“Yeahbut, Dad, that’s Santa Claus over there!” Clearly this changed the deal in Marty’s eyes.
Joseph didn’t even glance over his son’s shoulder. “Did you see the line over there? Son, the mall will be closed before you can even get to talk to him.”
“Yeahbut...”
“Marty, I promise, we’ll come back later, when it’s not so crowded.” Say, in June, Joseph thought. “Now, if you want to see the Christmas lights tonight, then you’ll be a big kid and help me out, okay?”
“Aw, but Daaaad...”
“Okay,” said Joseph, standing up, “here are your choices: keep quiet and help me out, then we’ll go see the Christmas lights, or keep whining and go home with nothing. What’s it going to be, son?”
Marty hung his head. “Aw, I guess I’ll be quiet.”
“Good,” Joseph said. They resumed walking. “While you’re being quiet, why don’t you tell me what you’re going to ask Santa for this Christmas?”
Marty’s eyes lit up. The Santa incident now forgotten, he started in on his list, rapid fire. “I want a Gameboy with the Pokemon Gold, and an Action Man with the blow gun thing, and Spyro for the Xbox...”
Joseph let him chatter away while he gnashed his teeth at the whole thing. Christmas was for the kids now, not the adults. He surveyed the mall, bedecked to overflowing with silver and gold tinsel, red and green wreathes. Every single store had some overt way to signify that it was indeed Christmas, and all of your shopping needs could be taken care of in one fell swoop if you would just come inside. Joseph hunched his shoulders and stuck his hands in his pockets, feeling grinchy. It had been like this since early November, for Christ’s sake! As if anyone needed any reminders.
Read more »
Posted by Mark Finn at 1:44 PM No comments: