My Thoughts About James Garner

He was one of my all-time favorite actors.

The L.A. Times wrote a cogent and, I think, really well-nuanced obituary of Garner. Dennis McLellan is clearly a fan, as he made the point several times that Garner was an amazing actor. He never looked like he was acting, and everything that came out of his mouth was natural and pitch-perfect. As I've gotten older, I have come to really appreciate the guys who don't look like they are doing anything, but they end up saying everything.

My first memories of Garner are tied directly to my grandfather, who used to watch Maverick and The Rockford Files religiously. He liked other TV westerns, like Gunsmoke, but he loved Maverick. Specifically, he loved James Garner. And who could blame him? The wise-cracking, laconic gambler who gets in over his head with the ladies and outfoxes the bad guys at every turn. What's not to like? As a child, I never understood it when Bart Maverick was in the show instead of Bret. I didn't realize they were supposed to be brothers, or why that was interesting. All I know is that when Bart was on, Pappy drank more read the paper.

Thankfully, Jim Rockford didn't have a brother. Mike Post's theme song is a permanent groove in my mental jukebox. I can't ever see a picture of Garner from the seventies without that music cuing up, an autonomic response borne out of years of conditioning. I've been rewatching The Rockford Files on Netflix these past few months--one or two a week, more or less as they were intended to be watched, and it's a joy and a treat to see Garner in action in his heyday.

My grandfather died when I was fifteen. I went to his funeral and didn't quite know how to say goodbye to the man; it was my first experience with loss on that level. I have spent years of my life picking through the memories I have of "Pappy" as I called him. I collected stories about him, from anyone who'd tell them. I don't know my grandfather personally--that is to say, he was different when he was around me--but I am pretty certain that he envisioned himself to be the kind of character that James Garner liked to play on TV. More mischievous and less anti-hero, maybe, but no less charming. He played cards, drank like a fish, had a positively caustic wit, and even pulled the occasional "heist." When he needed lumber for some project that he and his friends had cooked up, my grandfather would put on a coat and tie, grab a clipboard, and a yellow hard hat, and drive out to a construction site in a battered blue pick up truck and order some lackey to load two by fours, plywood, and anything else they might need into said truck bed. My grandfather owned a shoe store, but apparently, he was a pretty convincing actor, as well.

I don't know if my grandfather would have gotten along with James Garner had they met, but it doesn't matter, really. Pappy had his romantic notions, and I had mine. Because my grandfather is little more than a sketch to me, I've taken on some of his likes and dislikes over the years in an effort to bring myself closer (in head space, if not heart space) to the man. Just as my grandfather is in my style book of What Constitutes Manhood, so too is James Garner. The funny tough-guy or in some cases the tough funny guy, is a pose I could never pull off.

But Garner is right there in my Frankenstein Monster's Version of Masculinity, alongside Steve McQueen, John Wayne, Clint Eastwood, Captain Kirk, Captain America, Errol Flynn, Frank Sinatra, Dean Martin, and Lee Marvin. Watching him over the years in movies like Support Your Local Sheriff and The Great Escape (one of my all-time favorite movies, a movie I have to compulsively watch if I stumble across it on television) only reinforced that idea of the fast-talking trickster in that mix of blistering testosterone. The eternal charming rogue. His scenes in The Great Escape with the hapless guard, Werner the Ferret are among the best scenes in the movie. The way he could put the pressure on someone, and still be so likeable, is a trait that people have been writing into his characters for decades.

I always felt a little guilty that I didn't watch 8 Simple Rules for Dating my Teenage Daughter. I was happy that Garner was still getting work, but I just didn't want to watch him as the grumpy grandpa. I much preferred (and still do) the "I do my own stunts" James Garner, or the "I race cars on the weekends" James Garner. The guy I grew up with. Even Space Cowboys or The Notebook James Garner was preferable to that.

I never got to grow up with my grandfather. I never got to drink a beer with him, and listen to him tell me about being a tail gunner in World War II. So I take what I can get. I watch James Garner and I go right back in time to that house, with that huge-ass console television, and the smell of roast beef and scotch, and the sounds of laughter in the kitchen of my mother and grandmother talking about something else. Not this. Me and Pappy and Dad are watching The Rockford Files. They're laughing about the answering machine message. It goes over my head. But one day, I will get the joke.

Rest in Peace, James Garner. Say hi to my dad, and my grandfather, if you see them.

Email ThisBlogThis!Share to TwitterShare to FacebookShare to Pinterest
Labels: about me, James Garner, Maverick, RIP, The Rockford Files

My Lengthy Absence and an ArmadilloCon Schedule 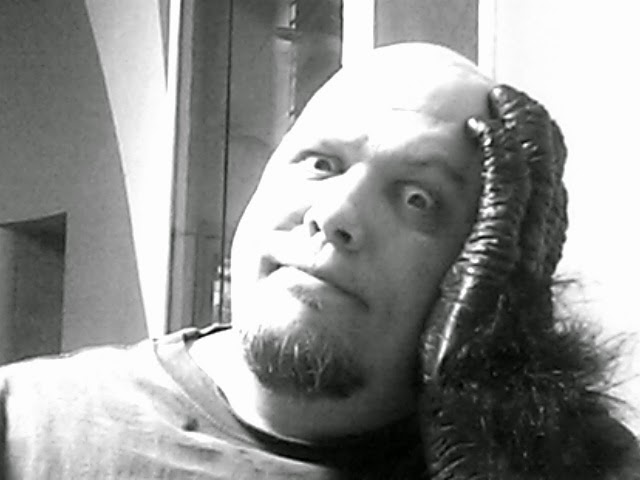 My apologies for the lack of regular updating. I've been grinding away at my stated goal of 500,000 words in one year, and I'm also in the middle of a work-related project that is taking all of my free time, most of my concentration, and the majority of my will and effort. Most days, it's all I can do to scoot around on Facebook for ten minutes.

I've got some larger thoughts I'd like to articulate, and I'll put them here just as soon as I can get out from under one or more of the rocks overhead.  Oh, and of course, I'm still publishing my back list via Monkeyhaus Books. If you bought one, I thank you. If you liked it, please tell someone, or throw up a quote on Amazon.com about it. The reviews really do help with getting eyeballs on the books. So far, I've got the following available: 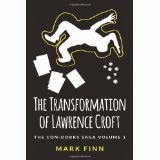 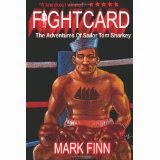 Year of the Hare: The Sam Bowen Chronicles Volume 1

Chance of a Lifetime: The Con-Dorks Saga Volume 2
(First time in paperback!
Thanks for your patience and also for your support! Now, here's my ArmadilloCon Schedule. As you can see, I'm going to be on a lot of faboo panels. Also note: I will have an HOUR for my reading this year. This is huge, and I fully intend to kick out the jams, as the kids like to say. It'll be a real Tour-de-Finn of new stuff, upcoming projects, and maybe, just maybe, I'll drop a chapter or two from Replacement Gorilla.