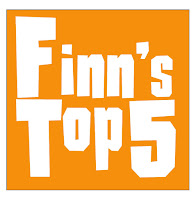 The 1940s found America engaged in the business of war, and for four and a half years, business was good. Then in 1945, all of the active service men came home and everyone was expected to pick up where they left off, before they had seen the atrocities of war. Most of the horror movies during this decade were produced by Universal, who had a growing stable of now-classic movie monsters to menace earnest young women, when they weren’t engaging in their own turf wars for supremacy.

The modern world was rapidly intruding on the gothic sensibilities of the previous decade’s horror movies, so Universal obligingly dropped the monsters into a more contemporary setting. Apart from the change of scenery, the monsters still grappled with their inner demons. What the 1940s horror movies seemed to be most preoccupied with was keeping it together. This would have real and fictional repercussions a decade later.

The optimistic propaganda of early wartime America was quickly subsumed in the aftermath of the atomic bomb drops that signaled the end of World War II and would soon usher in the Atomic Age and the Cold War in equal parts.

5. The Vampire’s Ghost (1945)
Deep in the jungles of Africa, in the sleepy port town of Bakunda, the local missionary priest is worried that the natives are worked up over voodoo superstition and Roy, our dashing young hero who runs the rubber plantation is concerned, too. Roy decides to consult with the world-weary ex-patriot, Webb Fallon, who “knows more about the underworld than many of the natives,” whatever that means. They reason, because he hangs out in the dive bar on the docks, he may know what’s got the locals so freaked out, and, well, of course, he knows far more than he’s letting on.

This isn’t some coy premise for an on-screen romance; the love interest perks up when she hears the word “vampire” within the first fifteen minutes of the movie, and gives everyone a textbook definition of the word before condemning the idea as hokum. Needless to say, the newcomer in town is always the one to suspect of vampirism, and The Vampire’s Ghost is no exception. John Abbott plays Fallon as learned, tired, and pragmatically urbane, and his eyes are almost their own special effect. He’s instantly sympathetic and even kind of likeable, when he’s not mesmerizing everyone else in the movie with his hangdog peepers, that is.

This low-budget pulp-era thriller flies under a lot of folks’ radar, but it’s got a lot going for it, thanks to an inventive script by first time screenwriter Leigh Brackett, the sci-fi pulp writer who would go on to work with Howard Hawkes on the definitive adaptation of Raymond Chandler’s The Big Sleep, as well as Hatari! El Dorado, and Rio Bravo. Decades later, she would turn her writing talent to a little movie called The Empire Strikes Back. Brackett worked within the bounds of the low-cost practical effects and cobbled together a memorable and interesting vampire that’s not quite like any other bloodsucker on the screen. An excellent and efficient example of doing less with more.

4. House of Horrors (1946)
When a struggling sculptor gets a harsh critique from a newspaper art critic (costing him a commission sale in the process), he resolves to throw himself off of a bridge. Wouldn’t you know it, it’s the same bridge that the Creeper, a local fiend who strangles women, is making his daring escape from the cops. The artist pulls the Creeper out of the drink and nurses him back to health. Along the way, he gets the idea to use him as a model for his next sculpture. The Creeper is so grateful he decides that murdering the artists’ critics is the best way to pay him back for all of the kindness he’s been shown.

This macabre romp is full of panache and pizzazz, when the murders aren’t happening, of course. There isn’t really a house in House of Horrors; oh, there’s a converted studio, and an upscale apartment, and plenty happens in both locations. Art, quips, false accusations, stings, and even a few murders. Martin Kosleck plays the tortured artist, and he’s certainly no Peter Lorre, but that doesn’t keep him from trying. Rondo Hatton’s own biography is heartbreaking, but he made the most of the bad hand he’d been dealt by playing disfigured heavies, and House of Horrors (and it’s sequel-prequel The Brute Man) established him as “The Creeper.” His scenes are all well-lit, and effectively creepy.

There’s a weird buoyancy to the script; the cops, reporters, even the critics, are all rejects from His Girl Friday, cracking wise at every opportunity and razzing one another. It’s a stark contrast to when Hatton shows up in his greatcoat and porkpie hat. This is a minor classic, but it’s worth seeing getting to “Meet the Creeper!” if nothing else.

3. Cat People (1942)
A beautiful and fragile woman named Irena is convinced that she will turn into a panther if her passions are enflamed. This puts a crimp on her new friendship with a young man named Oliver Reed, who eventually convinces her to seek professional help. A little crazy can’t stop young love, but jealousy sure will, and Oliver and his female assistant Alice try to break free of Irena and her jealousy and paranoia. When Oliver confronts Irena, she shows him the horrible truth about herself.

Another low-budget, strange movie, one that would influence generations of creators. In 1942, Val Lewton was made the producer for RKO’s horror movies. He was given small budgets and time constraints, but he was also giving autonomy to do what he wanted. His first offering was Cat People, based on his own short story, “The Bagheeta,” first published in Weird Tales Magazine in 1930. With so little to work with, Lewton made the most with what he had, which was a crack technical crew and a talented director, Jacques Tourneur, who threw every trick in the book at the story.

Cat People was an instant hit, and remains a classic because of the way Tourneur generates and builds suspense throughout the movie. You really don’t know if Irena is crazy or supernaturally cursed until the very end of the movie. The movie launched a string of successes for Lewton and his filmmakers. The remake in 1982 starring Natasha Kinski and Malcolm McDowall lacks most of the heart, suspense and charm of the original, despite having Natasha Kinski and David Bowie in it.

Dead of Night (1945)
An architect drives out into the English countryside to visit an old estate in need of renovations. Once inside, he greets the other guests with awestruck wonder, for you see, he has dreamed of them all, before, many times now. That’s weird, the other guests say. Why, it reminds me of this other strange occurrence that happened to me… and so begins Dead of Night, one of the most influential horror movies of the 20th century.

This anthology features five vignettes, each one directed by a different director, but overall contributing to the structure of the movie, which makes for a killer ending. The focus of the stories is one of haunts, mostly, but there are a couple of other supernatural occurrences, such as the episode about the Hearse, that keep the party going. The actual level of scares varies from vignette to vignette, with one episode (directed by Charles Crichton) played more for laughs than fright. But that final episode…ah, yes, that’s the one everyone remembers. The one with the ventriloquist dummy. And it’s a good bet you saw a version of the story, because it’s been ripped off, re-used, and appropriated by many others, including Rod Serling for an episode of “The Twilight Zone.”

Itself something of an anomaly at the times, as there had been a ban on horror films in Great Britain during World War II, Dead of Night was an influential movie for both the UK and American industries, one that popularized the anthology movie for the horror genre and jump-started the creepy ventriloquist doll sub-genre. This one still delivers, thanks to the inventive framing sequence that can’t help but bring “The Twilight Zone” to mind.

The Wolf Man (1941)
Lawrence Talbot returns to his ancestral home in Wales, following the death of his brother, to reconcile with his father, played by the redoubtable Claude Rains. He meets a girl, he buys a silver-headed walking cane, and he, of course, is bitten by a werewolf, because that’s how these things are done. If that seems a little cut and dried, don’t be put off; you see, there were other werewolf movies before The Wolf Man (notably, The Werewolf of London, in 1935), and there were certainly other werewolf movies after, but The Wolf Man is Ground Zero for pop culture lycanthropy; it’s the Uber-Werewolf movie from which all other goodness inevitably springs.

All credit goes to Lon Chaney, Jr. who played both man and beast, and was so effective at it, he’s the only one who ever played the Wolf Man in the family of Universal horror movies. All of the other actors played musical chairs with the monster make-up, but not Chaney; he took particular pride in the character and even in the initial outing, you can see he’s an accomplished actor.

Writer Curt Siodmak also needs his due. An inventive author of science fiction and also an accomplished screen writer, he essentially created the folklore of the movie from scratch, and it was so effective and compelling that it has been used over and over until it’s become part of the popular lexicon. Wolfsbane, silver bullets, the creepy Gypsy poem, the communicable bite, nearly all of the lore was baked into the screenplay from scratch, and judiciously lifted for decades after. Pretty compelling stuff.

Finally, the movie is just plain great; one of the best Universal horror movies, having benefitted from a ten-year tradition of making horror movies, it’s a perfect alchemical blend of the Old World (the gypsy caravan, the Welsh countryside, the gothic ancestral manor) and the New World (Lawrence Talbot, man of the science, and his university education and rejection of superstition). Other, slicker, more seductive werewolf movies have since taken hold of the popular imagination, but they all owe a debt to this inarguable classic.